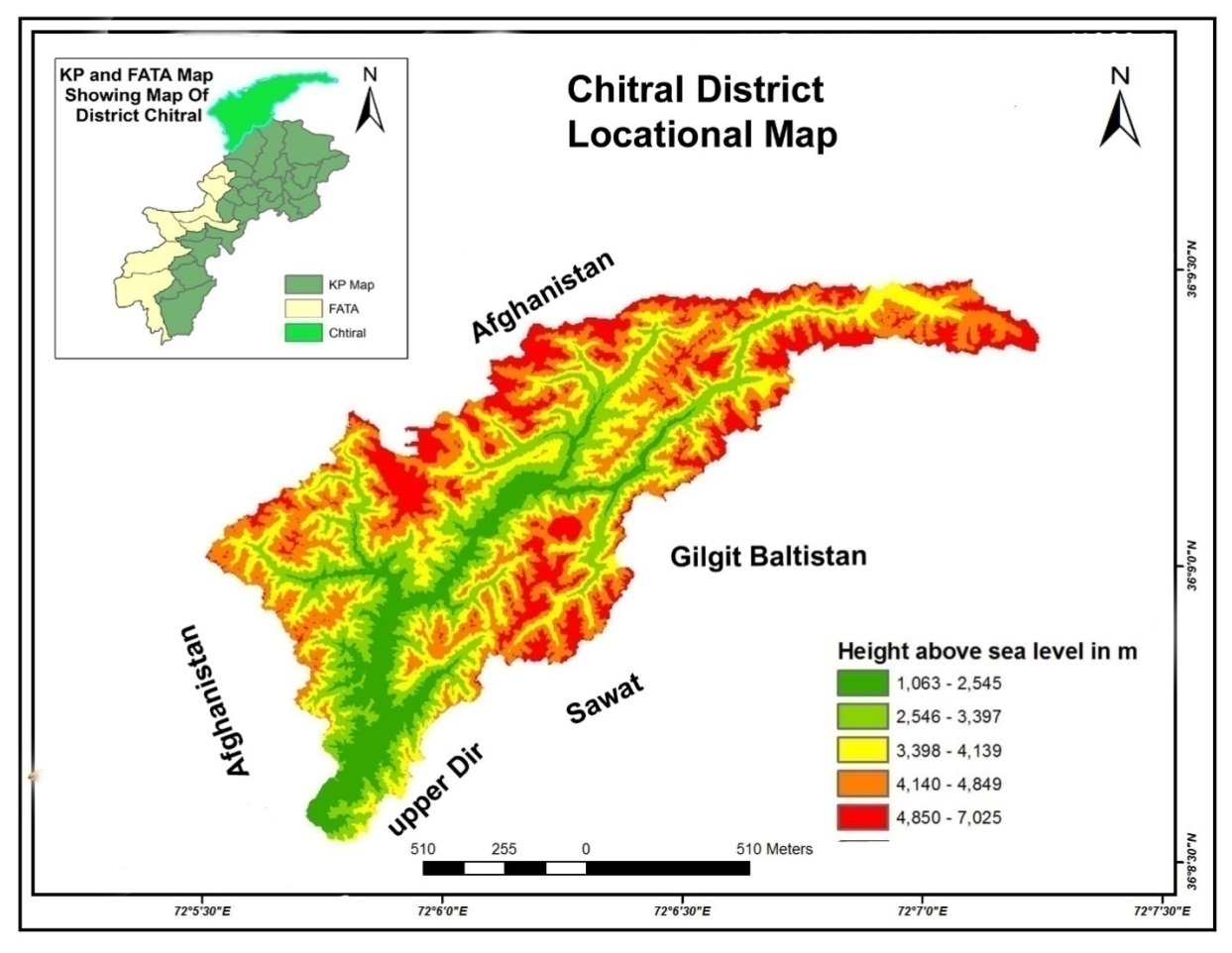 Chitral city is the district headquarters of the largest district of the KP Province, covering an area of 14,850 sqkm. The district is the northern-most district of Pakistan sharing borders with Gilgit-Baltistan and Swat to the east, Afghanistan to the north and west, and Upper Dir to the south. A narrow strip of the Wakhan Corridor of Afghanistan separates Chitral from Tajikistan in the north. Most recently Chitral is divided in to two districts, namely Lower Chitral and Upper Chitral. The city is capital of Lower Chitral, lies along river Chitral, surrounded by Hindus Kush ranges. The world famous Kalash valley lies toward the south linked with road through a beautiful village Ayun.Chitral is the most romantic, captivating and enchanting place in the majestic Hindu Kush Range. The landscape of Chitral is extremely mysterious with its steep harsh mountains, lush green inner valleys, beautiful meadows and big glaciers that have made it one of the most difficult and inaccessible areas of the world. Chitral is divided into small valleys by the mighty Hindu Kush range.
GO BACK