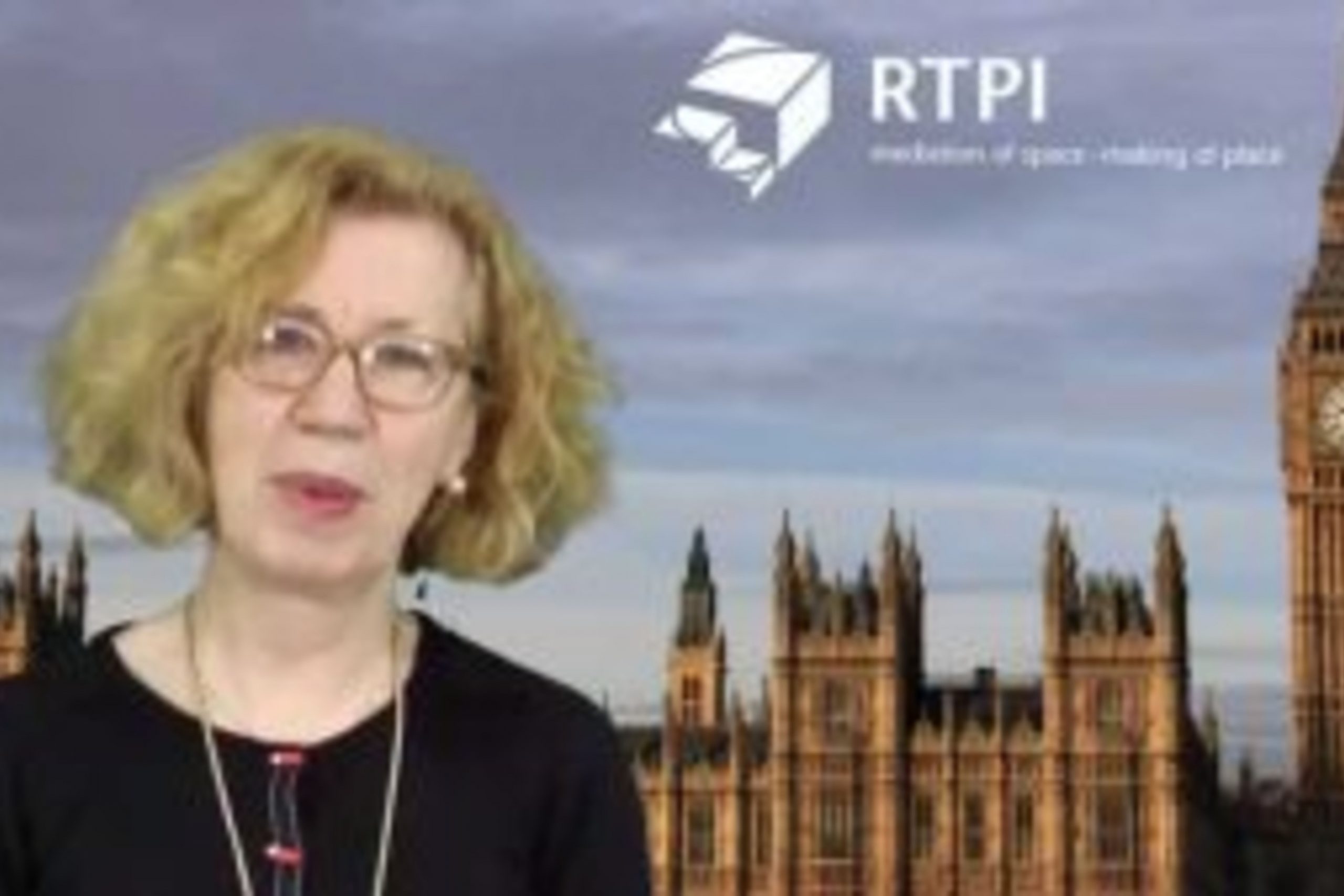 This is the first of a series of posts on the major Habitat III conference held in Quito, Ecuador, in October.

Now that we've packed up the Global Planners Network stand at Habitat III and as the New Urban Agenda is formally adopted, I have reflected on what I have learned from attending the conference and how things have moved on since the RTPI attended Habitat II some 20 years ago.

I imagine all of those delegates attending have their own perspective. Indeed, I look forward to reading some of the blogs - I persuaded some of those I met to write for us! But for the moment this is my personal perspective.

1. We are all planners now

Planning, planners, and more significantly the long-established principles of good planning appear throughout the New Urban Agenda. Nowhere did we have to defend these concepts. One issue for us is that many others are engaging in work traditionally done by planners - including IT companies - and so we need to work even harder to make the role of the professional planner valued, relevant and attractive. We promoted our Delivering Better Development report and drew heavily on our value of planning work.

2. The reality of rapid urbanization is even more dramatic in practice than in theory

We were dealing with what was happening with rapid urbanization and the consequences, I lost count of how many times we talked about our centenary Planning Horizons papers here and they flew off the GPN stand. But meeting so many people from so many cities of such varied backgrounds, all grappling with the pace and consequences really bought it home.

I have invited a couple of these people to speak at our 2017 RTPI Planning Convention. For me, Habitat III was really about shaping all places. The power of good design and quality of life ran like a seam through the conference and some of the most powerful advocates of both were community and civic groups.

3. We are dealing with twenty-first-century challenges with twentieth-century governance and legal frameworks (indeed, nineteenth-century sometimes)

This issue came up time and again. Leadership at all political levels is therefore going to be key.

4. 'Smart cities' is a contested concept

If I was being provocative I would say that smart cities are like love, in that it is in the eye of the beholder. There were multiple, well-attended sessions on this theme. In fact, I spoke at one of them and it was the most heated and fascinating discussion about the challenge of being technology-led as opposed to enabled, raised the question of smart cities versus sustainable cities, the importance of using data wisely, its potential to empower, and nervousness around who is driving what, tinged with excitement about the potential. (I made a note to re-read Sir Peter Head's centenary article in Planning Theory and Practice and to follow this debate closely).

5. Genuinely affordable housing is challenging for everyone - but the challenge varies greatly

It may be the sheer quantum of housing need, land prices, intensification, communities adapting to being rehoused, informal settlements, the role of place-making, or the link to employment (or many other issues). Just when I felt over-awed by the scale of the challenge I would then hear a solution-based presentation to inspire. Jose Morales (pictured to the right of Phil Williams), the Director of Human Settlements at the Ministry of Housing and Human Development in Ecuador agreed to write a piece for us on their approach to housing which was interesting, so watch out for that soon.

6. Land and infrastructure are critical

You cannot ignore the land issue. Land ownership, tenures, markets, and equity were constant subjects of discussion. Also, the importance of infrastructure and its role in shaping and connecting places and in delivering jobs and homes are increasingly understood. It is no longer a stand-alone activity or subject.

7. Climate change is increasingly linked to the quality of life and resilience

In debates, air quality (which we successfully argued should be included in the draft New Urban Agenda) also arose repeatedly. It was a key strand in all the discussions around resilience.

8. You cannot ignore finance and economic models and tools

There were sessions on every aspect of how the economic and financial models will help or hinder the delivery of the New Urban Agenda. We spent some time on the Infonavit stand hearing about their approach to solving the Mexican housing challenge, where the government, financial institutions, unions, and housing associations have set-up a body to deliver homes. I was particularly interested in this as my niece and her Mexican husband are self-building under this scheme.

When you spend six days where every panel you sit on or session you attend is genuinely diverse in all senses, including in approach and perspective, it brings home to you how often the only diversity on a panel back home is you as the lone woman! There seemed to be as many young attendees as older participants. It was always great just to chat with the person next door to you. The gender question and how we engage women fully in shaping the city and ensure basics such as that they feel safe was writ large (I attended part of the Women's Assembly on the first day). I did not come across any reference to LGBT issues, but colleagues did.

Our launch of the UKBEAG raised the question about where the gaps and opportunities are. We were humbled when listening to Carolina Proano, an Ecuadorian planner, speak at our session on her work post-earthquake planning. We were glad of the support we received from the British Embassy, DFID, and the Red Cross.

11. The cumulative UK presence was effective

The small UK Government delegation led by Rubina Kurruna did sterling work, and we lost count of the number of events they spoke at or attended on behalf of the Government but there was no ministerial presence and no UK stand. The UK Government missed an opportunity for a bigger presence. UK academics and universities were engaged in thought leadership as well as some great how-to sessions. The collaboration between RIBA, RTPI, and IstructE meant the some of our activity was greater than the sum of its parts. The Vice President International of RIBA, Peter Oborn, and our own President Phil Williams made a very powerful double act on multiple occasions.

12. International planning organizations can get their act together

The time we invested in working collaboratively before the event, on submitting proposals for side events hosting a multi-organization stand, and speaking and supporting each other at events was critical to our impact.

RTPI spoke at six events on planning and community engagement, planning and post-conflict cities, place-shaping, smart cities, and of course our own event on the role of the built environment professionals in supporting the humanitarian sector.

South African RTPI member Christine Platt (pictured) gave a powerful keynote at the Professionals round table. Honorary member Eugenie Birch chaired both the World Urban Campaign meeting and the General Assembly of Partners. We lobbied to ensure Northern Ireland member Diana Fitzsimons MRTPI was elected Vice President of the Habitat Professionals Forum. We also discussed how we engage in the conversation and deliver discussions collectively in the future, and the continued need to make the case for planning.

13. The future starts now and it is about all of us

Making it happen was the real question of the week. I would like to think of the New Urban Agenda as the “planning brief” for governments. They have backed it, mayors were a big presence, municipal leadership was seen as a key driver, and the role of local and community planning and activism were visible. The business community was more fully engaged and present. Civil society was vocal. There were of course debates about what was missing or the relative profile of some issues, but the shared agenda has got to be a cause of hope - to this eternal optimist at least.