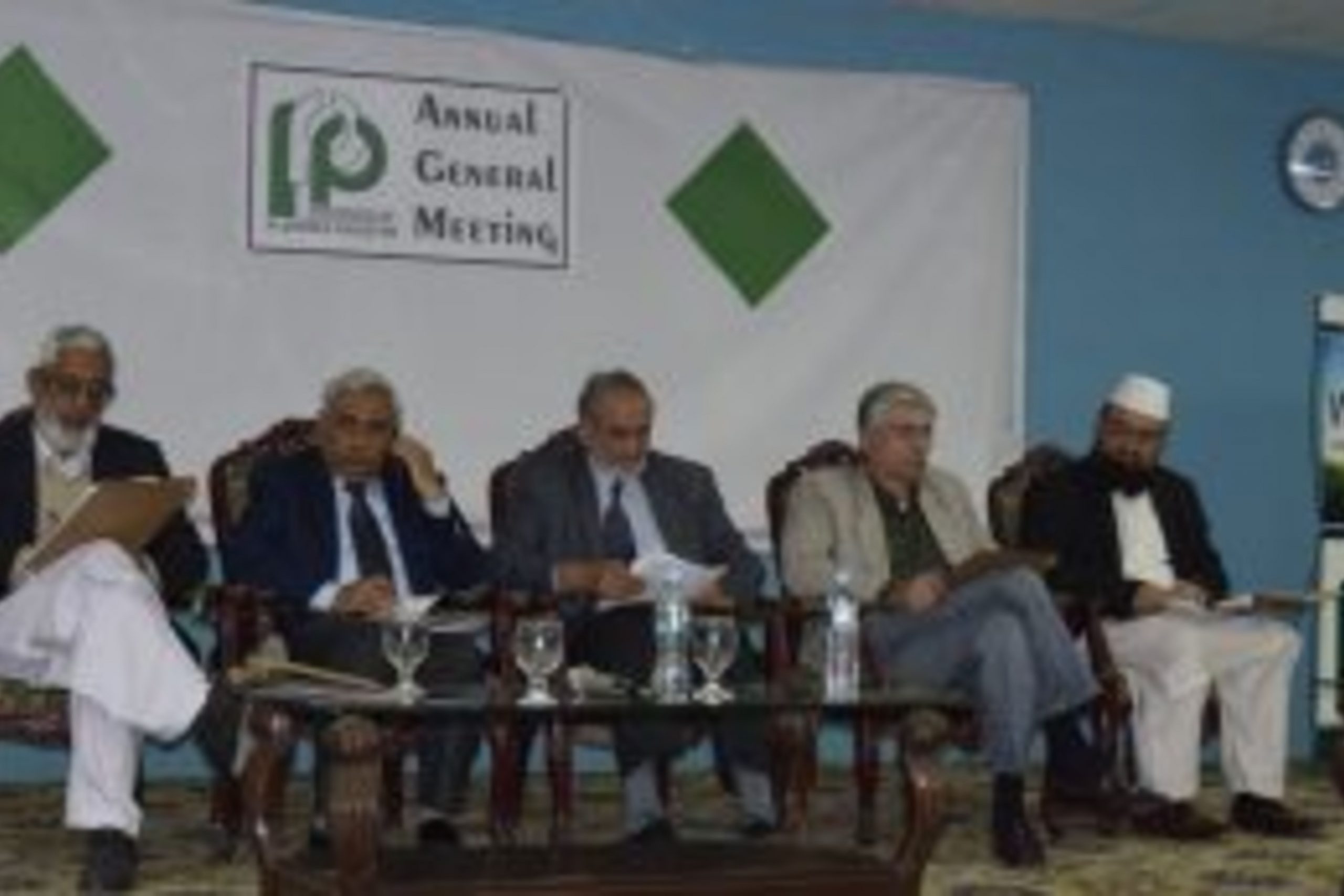 11 March 2017 – IPP Annual General meeting was held on March 11, 2017, at seminar Hall of University of Management and Technology Lahore. The meeting started with a recitation from the Holy Quran by Mr M. Umair. Mr Aslam Mughal opened the meeting by welcoming all the participants. He thanked Dr Fariha Tariq for providing a venue for the hosting of AGM of IPP. He highlighted the progress and developments regarding IPP strengthening and problems being faced by the Institute. He thanked Mr Nadeem Khurshid and other members of EC for their contribution during the last phase. He further mentioned that few changes in EC of IPP suggested by the last AGM, has brought a new life and IPP has progressed significantly over the past one year. Membership of the Institute has increased and crossed the benchmark of 100 valid members with the efforts of Mr Khurram Farid Bargatt, Mr Salman Mehfooz and Mr Rana Tahir. He said it’s the right time for the election on all seats. He further emphasized that during the last EC meeting it was proposed that two seats of IPP i-e president and the secretary-general will be filled by nomination/election and the rest of the seats will be filled through open election. He said in view of the wishes of the house election should be held through an open and fair environment. He told the house that according to the Bye-Laws of IPP any member of EC can only continue for two terms and he has already served for two terms hence he is not willing to continue any further. He stated that upholding the constitution is necessary for the organization.

Mr Khurram Farid then presented the annual report to the house. He said IPP is the only officially recognized body of town planners working in Pakistan for the betterment and up-gradation of the profession. He informed that six meetings of EC were held at Lahore since the last AGM. IPP has also restarted its newsletter and already two volumes are in circulation.

IPP has also redressed issues concerning planners and planning in the country. IPP along with the UET, LCWU, UET Peshawar and UMT organized and supported different events for the interaction among students, faculty and practising planners.

He further said last year in August Eid Milan Party was organized by IPP with major support by LDA planners. A large number of planners attended this event. Vice-Chancellor UET also attended the event. Shields were presented to the planners who served IPP in various capacities.

IPP also celebrated Habitat III, The New Urban Agenda and marked its contribution and efforts for the betterment of our cities. He further stated that all heads of departments of CRP institutes are co-opted as members of EC of the institute. Since then working on IPP has significantly improved. In Nov 2016, the secretary-general attended the National Curriculum Review Committee of HEC and recommended improvements in the CRP curriculum.

He told the house that in the last AGM there were only 21 valid members and now it has reached the number of 100.  IPP has gained planners confidence since the change in EC of IPP during the last one year.

He presented budget and audited reports which were approved by the house.

Mr Aslam Mughal presented the two resolutions to the house that all posts of EC will be filled through open election thereby deleting earlier amendment of nomination/election and award of honorary membership for Master Degree holders in City & Regional Planning whose basic qualification is not BSc. CRP, till rules are modified.

House agreed that election should be held through open election;

Dr Shabih ul Hassan Zaidi raised the point that in the last EC Meeting it was decided to put resolution for the third term. House after discussion rejected with the majority. Planners can only hold two consecutive terms of IPP as per provisions of the constitution.

Mr Aslam Mughal wished that the election process should be completed by the end of April and asked the house to nominate three persons for the election committee who are not contesting the election. House proposed and approved three names (Mr. Sheikh Rasheed Dr Obaid Ullah Nadeem and Mr Mehtab Qasim).

House gave a big hand for the efforts of the current EC for the strengthening of IPP.

Mr Sarwar Sandhu emphasized to the house that there is a dire need for an independent council of planners. Mr Aslam Mughal thanked the house for sparing precious time, especially planners who came all the way from Islamabad and Peshawar to attend this meeting.