DIY urban planning is happening all over the country. Is it only for white people?
shehersaaz
August 22, 2019
7:44 pm 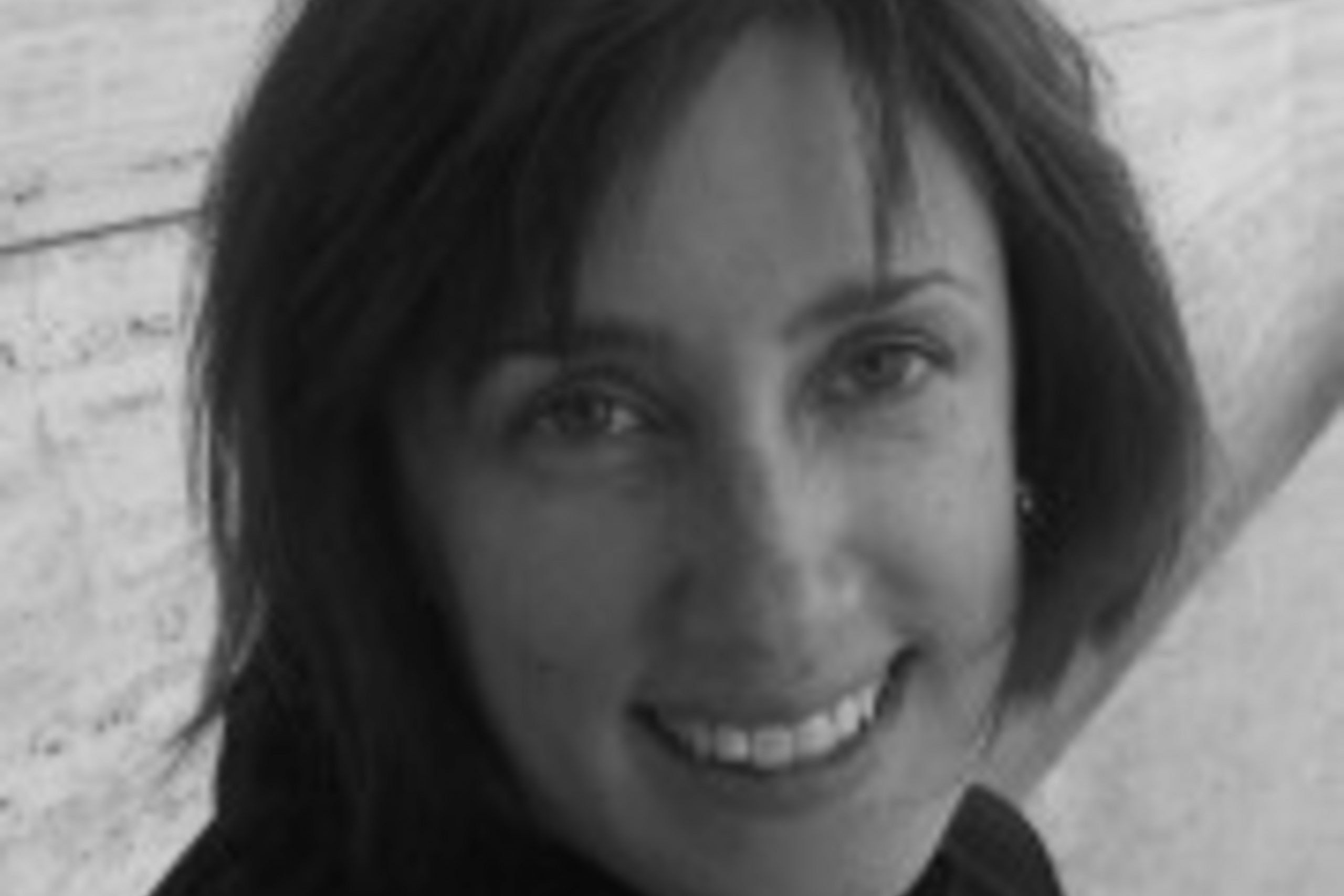 Who are these pop-up parks and temporary beer gardens really meant for?

Amanda Kolson Hurley is a freelance journalist in Silver Spring, Md. As part of PARK(ing) day, artists around the world transform parking spaces into public parks and other social spaces. Last year, a group of San Diego realtors had an idea. What if they threw a “better block” party in a low-income Latino neighborhood called Barrio Logan? Maybe, they thought, it would create a buzz about the neighborhood. Maybe it would get residents outside, walking around and talking to their neighbors. The organizers put in benches and planters and closed the street for a nighttime festival. But things didn’t go the way they planned. Business owners bristled at the notion that these outsiders knew better than locals how to improve the neighborhood. “They told us they were going to help us build a better block when we’ve already been here building a better block for years,” one told the Voice of San Diego. A number of stores closed in protest, and the DJ ended up playing his set to a near-empty street. The Barrio Logan incident captures the potential, and the potential pitfalls, of “tactical urbanism,” a new movement transforming cities. Tactical urbanism — which also goes by “DIY urbanism” or “creative placemaking” — uses small, often short-term fixes (like an artistically painted intersection) to promote wider and more permanent changes to a city (like reclaiming streets for walkers and cyclists). It tries to make the most of underused urban spaces such as vacant lots and deserted plazas, often through the medium of art. There are plenty of examples in the District: The daily lineup of food trucks that turns Farragut Square into a giant outdoor lunchroom. Free jazz concerts in a neighborhood park in Petworth. The weekend widening of sidewalks on M Street in Georgetown so strollers can breathe a little easier. As cities across America undergo a revival, their denizens are bursting with practical ideas to improve their neighborhoods, and they feel empowered to try them out. This spirited flurry of “city hacking” has opened the lid on the wonky discipline of urban planning and is starting to change the fabric of people’s daily lives. But since many cities also contend with stark inequality, it’s worth asking who these fixes are intended for and how this new spirit of engaged urban citizenship can benefit everyone. The District’s director of planning, Eric Shaw, is a fan of tactical urbanism but blunt about its class and race limitations. “A lot of the approaches inherently sometimes assume a privilege in using public space and existing in public space,” he says. Shaw cites PARK(ing) Day, which turns metered parking spaces into tiny public parks one day each fall. The tradition has spread from San Francisco all over the globe, including Washington. “I’ve told my staff that PARK(ing) Day is really nice,” he says. “But if five black males took over a parking spot and had a barbecue and listened to music . . . would they last 10 minutes?”

[How can you tell if someone is kind? Ask how rich they are.]

The term “tactical urbanism” was coined in 2010 by city planner Mike Lydon. The field draws on the interventionist art of the 1970s, as well as much older phenomena like the chuckwagons that fed cowboys in the West and the booksellers who’ve set up stalls on the Seine for centuries. But its rise was sparked by more recent events. Starting in about 2005, a series of unrelated guerrilla projects in cities around the United States became minor sensations, thanks to their effectiveness (and the Internet). Often, these forays were born out of citizens’ frustration with the status quo and the glacial pace of local bureaucracies. In 2012, a Raleigh, N.C., graduate student named Matt Tomasulo wanted to create signs encouraging fellow residents to get out of their cars and walk, but the cost of the necessary permits and the months-long wait made him balk. So he went rogue, devising a system of cheap, detachable signs directing people to local attractions and indicating how long it would take to walk there (often not nearly as long as they believed). His project was quickly embraced by city officials. Next, Tomasulo created Walk [Your City], a how-to website for those who want to post similar signs in their own cities. The templates he posted were downloaded by thousands. Now Raleigh and other cities are dotted with his signs. Tomasulo’s project is an inspiring success story. Increasingly, though, tactical urbanism is being employed by local governments themselves. In the past few months, the Montgomery County Planning Department painted a bright purple pathway through its Silver Spring, Md., parking lot to improve pedestrian safety there. Total cost: $2,500. In June, Arlington, Va., planners used tape and potted plants to make a temporary bike lane on Wilson Boulevard. What citizens might have done in the dead of night is now something government employees do in broad daylight, then proudly share with local blogs. The movement’s clearest victory in the United States so far is the taming of New York’s Times Square. On Memorial Day weekend in 2009, officials closed the square to automobiles and put out lawn chairs and orange traffic barrels, creating temporary plazas. These were a hit, and in 2010, then-Mayor Michael Bloomberg announced that they would become permanent. In the pilot phase, the city measured less congestion in Midtown Manhattan, as well as a significant drop in injuries to both motorists and pedestrians. Foot traffic in Times Square, meanwhile, increased by 11 percent, good news for retailers. “I’ve been telling my staff, ‘Just brainstorm some ideas, and try them out,’ ” says Casey Anderson, chairman of Montgomery County’s Planning Board. “It’s fine if some of them flop. We want to be able to take some risks. These things don’t cost a lot.”

[We live in Aleppo. Here’s how we survive.]

Tactical urbanism challenges the assumption that cities can improve only through major spending and tortuous rounds of paperwork and approvals. It allows citizens and officials to test new ideas on a low-cost, low-risk model. If something works, great! If it doesn’t, well, on to the next idea. But as it becomes ubiquitous, the movement raises questions about who these improvements are for and what kind of cities they will mold over time. Pop-up beer gardens and temporary climbing walls are great — if you’re a young, able-bodied adult. Businesses have glommed on to pop-ups in particular, which help them reach more customers while wearing the mantle of civic responsibility. But as millennials start to raise families, and as the elderly population grows, there’s a pressing need for urban spaces that welcome all ages and abilities. Neighborhood “play streets” that are closed to traffic, curb cuts for wheelchair (and stroller) access, and benches at bus stops may not project an image of urban cool, but they bring multi-generational benefits. More broadly, newer urban interventions tend to serve wealthy communities, sometimes at the expense of poorer city-dwellers, particularly those of color. The bitter clash this year between District bike advocates and historically African American churches over a planned bike lane in Shaw is a case in point. While leaders of one church claimed that the lane would make parking almost impossible, some cyclists dismissed the church members as car-loving suburbanites who had no stake in D.C. The dispute was a proxy for changing power dynamics in a gentrifying city, and zero-sum attitudes on both sides made compromise difficult. Gordon Douglas, a University of Chicago academic who studies cities, surveyed DIY urban improvers and found that most were highly educated — often planners or designers by training — and active in their own prosperous or gentrifying neighborhoods. By contrast, “it can be really hard to get people from underprivileged communities to be active participants” in such efforts, he notes. It can be hard for people working long hours with limited childcare options often can’t find the time. And for those without political capital, rankling authorities is much more of a risk. It’s also true that the “tactical urbanist” label tends to be applied to one type of urban experimenter and not others. “There’s been tactical urbanism in lower-income communities,” argues Veronica O. Davis, a civil engineer and urban-planning consultant in the District. “It’s called graffiti.” The problem, she says, is the gap between the largely white and middle-class planning profession and the general public. “What’s the difference between a mural, which is painted on the wall, and graffiti, which is painted on the wall? That’s where the disconnect comes in. . . . There’s always this need [for planners] to redefine something.”

[How to get that winter body in time for parka season]

There’s a lot that tactical urbanism can’t do. It’s not going to solve the affordable-housing crisis. It can’t fix Metro — there is no substitute for major investment in infrastructure and comprehensive planning. And even for small problems, tactical urbanism isn’t a cure-all. In cities, nothing comes easy; reviews and approvals designed to involve the public, assess impact, and incorporate different agencies are still a bear. And try as they might, officials aren’t always going to be able to control the outcome. In New York, some new public WiFi kiosks have been quickly converted into outdoor living rooms by the homeless, prompting complaints. Some people used them to “boldly [watch] pornography on the sidewalks.” Still, the movement offers planners and city-dwellers a new way of looking at urban transformation. And changes can be positive without being universally embraced — or pretty. A great example is the “plastic park” that used to sit near Pennsylvania Avenue and Ninth Street SE, close to the Eastern Market Metro station. Over the years, a playground took shape there as locals contributed child-size plastic play structures and toys on an ad-hoc basis. Some families loved it, but others complained that it was ugly and unsafe. In response, the D.C. parks department cleared out the plastic earlier this year. Now a community group, Barracks Row Main Street, is forming a 501(c)3 to adopt the park and plans to build a state-of-the-art new playground there, “inspired by the plastic park,” says Executive Director Martin Smith. The jumble of Fisher-Price toys may have been an eyesore to some, but it was a crucial step toward something better. That’s how tactical urbanism works: Sometimes, we don’t realize what we need until we actually have it.