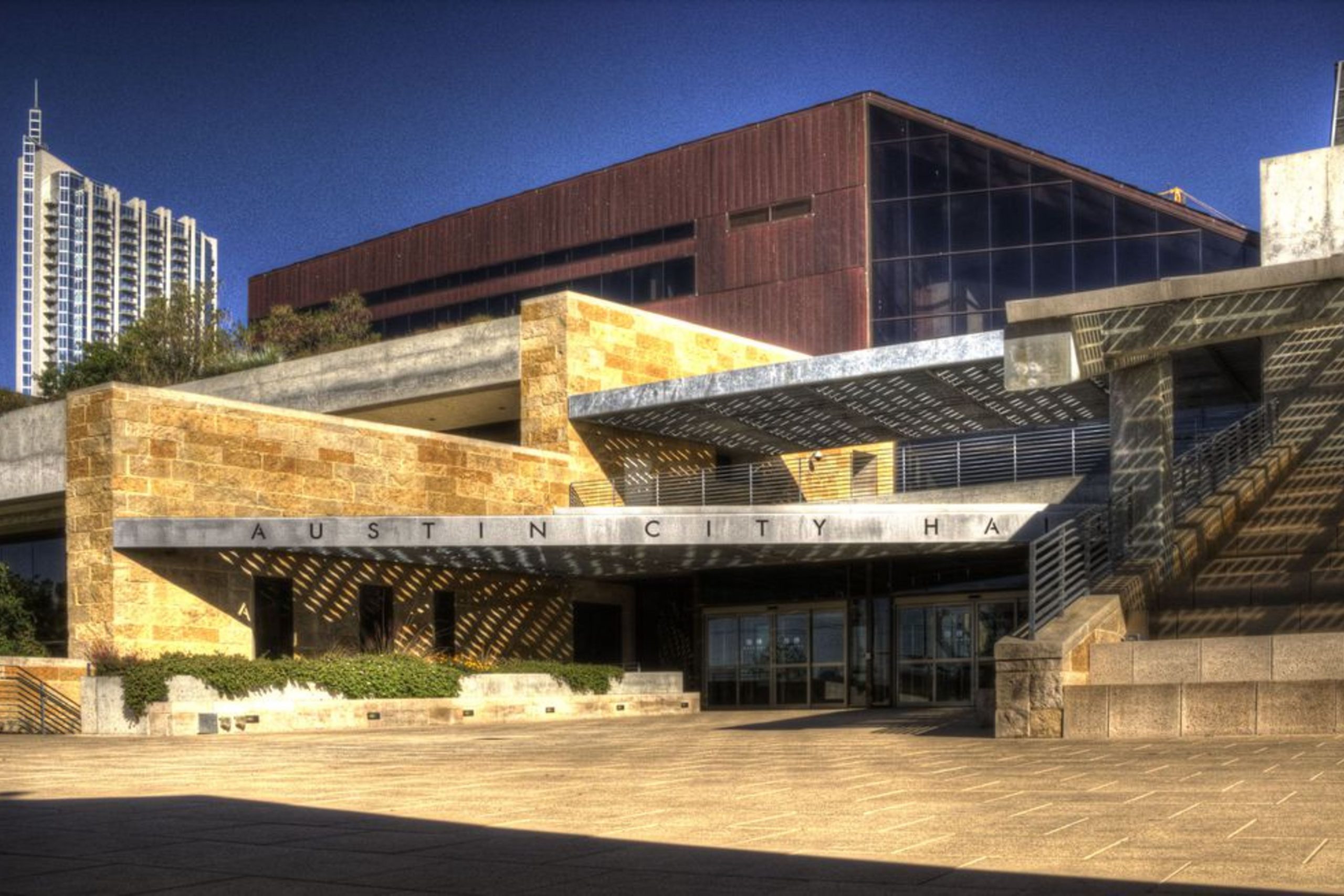 From historic towers to modern domes, here’s where governing happens - By Megan Barber

If government work is characterized as bureaucratic and repetitive—if not slightly boring—the buildings that house local administrations are anything but.

City halls across the United States are often located at the cultural and physical nexuses of urban centers, creating large gathering places for everything from celebrations to protests. These are some of the most beautiful—and interesting—structures in the city.

Many city halls are historic. In places like New York, Philadelphia, and Los Angeles, the architecture of each city’s town hall is representative of the particular milieu in which it was built. French Renaissance or Art Deco styles tell you not only when a building was constructed, but also the ideals to which cities aspired.

City halls built in the 1960s and 1970s—like in Boston and Dallas—show a different aesthetic, and one that is frequently derided. And while some may quibble with the inclusion of a Brutalist masterpiece on a “most beautiful” list, we appreciate its diversity and creativity, to say nothing of the stunning geometry.

Finally, there is also a handful of new city halls that show where government architecture is headed. Some are low-lying buildings made of limestone, while others are curving modern temples of glass and eco-friendly amenities.

This varied list spans both architectural styles and timeframes, and we’ve prioritized buildings outside of Washington, D.C., in order to highlight lesser-known structures. Here, we present the 10 most beautiful city halls in the United States.

It’s easy to assume that the town halls of the U.S. are only characterized by grand towers and domes. But cities like Austin, Texas, have opted for new, modern designs that look drastically different than their counterparts.

Designed by Antoine Predock Architects, the new Austin City Hall and Public Plaza use angles and horizontal lines to create a “warm informality” that’s miles away from the “suit-and-tie” city halls in the rest of the country.

The building opened in 2004 and was built from Texas limestone. Other materials, such as copper, glass, and water, combine to create what the architects like to call the city’s living room.

As one of the largest city halls in the country, the Buffalo City Hall stands tall and imposing. Completed in 1931 by Dietel, Wade & Jones, the Art Deco building includes symbolic figures and decorations, many of which portray an industrial theme.

According to the city, the architect and builders of Buffalo City Hall wanted “to accomplish in stone, steel, and glass what the ancient Greeks did in stone and timber,” hence the design’s columns and reliefs at the main entrance.

This City Hall demonstrates two important aspects of the Art Deco movement: its emphasis on ornamentation and the practicality of its execution. For example, the building’s 1,520 windows all open inward so that the windows can be cleaned from the inside—essentially making window washers obsolete.

In a sea of historic buildings, the San Jose City Hall is not only noticeable for its modern design but also because it’s likely the most expensive city hall in the country. Designed by architect Richard Meier and influenced by French architect Le Corbusier, the building opened in 2005 at a cost of $343 million.

As the centerpiece of a seven-block redevelopment in the city, the City Hall consists of an 18-story office building, an exterior plaza, and below-grade parking. But the focal point of the project is a transparent domed main entry that serves as a modern take on the traditional domes of historic buildings. The rotunda was designed to be the public meeting place of the complex.

Curbed Boston acknowledges that Boston’s City Hall has been “an architectural punching bag since its completion in 1968,” with many calling it the ugliest building in the city.

Kallmann, McKinnell & Knowles, then professors at Columbia, won an international competition to design the civic hub and chose a brutalist design over traditional towers. Without the ornamentation of Victorian or Beaux-Arts buildings, it’s easy to see why some might decry the building’s massive concrete as, well, not “pretty.”

But we appreciate the Boston City Hall for its bold Brutalist charm. It takes guts to design a city hall like no other—a blocky, geometric design that while imposing, is also heroic. Brutalism may not please everyone, but the architectural style captured a moment in time, and, as such, Boston City Hall deserves recognition on this list.

Completed in 1928 and designed by John Parkinson, John C. Austin, and Albert C. Martin, Sr., Los Angeles City Hall sits downtown and remains the center of government in the city. The 32-story building contains an imposing central tower built with concrete mixed with sand from each of California’s 58 counties.

Art Deco in style, the tower rises high into the sky and features an open-air observatory on the 27th floor. A ziggurat sits on top, and the design was modeled after the Mausoleum of Mausolus in Turkey. It remained the tallest structure in Los Angeles until 1964.

Plans for a new city hall in Dallas, Texas, had been in the works since the 1940s, but they didn’t come into fruition until after the assassination of President John F. Kennedy in 1963. In an effort to revitalize Dallas’s reputation after the tragedy, the city launched the Goals for Dallas program which included new city and federal offices.

The fifth iteration of Dallas’s City Hall opened in 1978, and the city tapped the renowned modern architect I.M. Pei to design the building. The result was concrete and angled structure that remains controversial today. Giant oval columns support an inverted pyramid of concrete and glass, and the building also provides shade during the hot summer months.

Some dislike the concrete and somewhat austere aesthetic; others praise the building for its innovation and creativity.

Built-in 1895 at a cost of $1 million, Milwaukee’s City Hall recently received an extensive $66 million renovation in 2008. The renovation revitalized the building—an example of Flemish Renaissance architecture—and its notable open atrium.

The building is impressive: At more than 300 feet in height, it was the tallest inhabited structure in the United States from 1895 until 1899. The interior boasts mosaic and marble flooring and remains a fixture of Milwaukee’s downtown.

As the oldest city hall in the United States that still houses its original government functions, New York City Hall was constructed from 1803 to 1812. Its prime location in Lower Manhattan and its architecture—a blend of American Georgian and French Renaissance—has helped to secure its status as one of the most important and beautiful city halls in the country.

French influences can be seen in the large arched windows and the decorative Corinthian and Ionic-style columns. A grand formal staircase serves as the entrance to the building, and a soaring rotunda dominates the interior. The City Hall also houses an impressive collection of 19th-century American portraiture and historic furnishings.

After San Francisco’s first City Hall—one of the largest buildings in the west in the 19th century—was destroyed in the 1906 earthquake and subsequent fire, the city decided to build a new landmark.

In 1912 a competition was held to find a design for a new City Hall, which was to be the central building of the newly planned Beaux Arts Civic Center. The winning proposal was submitted by Arthur Brown Jr. (of Opera House and Coit Tower fame) and John Bakewell Jr.

According to Curbed San Francisco, Brown's French Renaissance design was influenced by his studies at the Ecole des Beaux-Arts in Paris. It's chockablock with classical design elements like the portico and Doric colonnades. The huge gilded dome, which forms the famous and spectacular interior rotunda, was inspired by the Dôme des Invalides in Paris.

The building opened in 1915. Curbed SF has even more interesting info—and some amazing historic photos—right this way.

As the largest municipal building in the United States—even bigger than the U.S. Capitol Building—Philadelphia’s City Hall boasts 14.5 acres of floor space. Designed in the French Second Empire style, the elaborate building’s first floor is built of solid granite that supports a brick structure faced with marble.

The expansive building took over 30 years to build and wasn’t completed until 1901. In addition, the 548-foot tower is the tallest masonry structure in the world without a steel frame, and the government building’s gorgeous aesthetics make it an alluring place to get married.