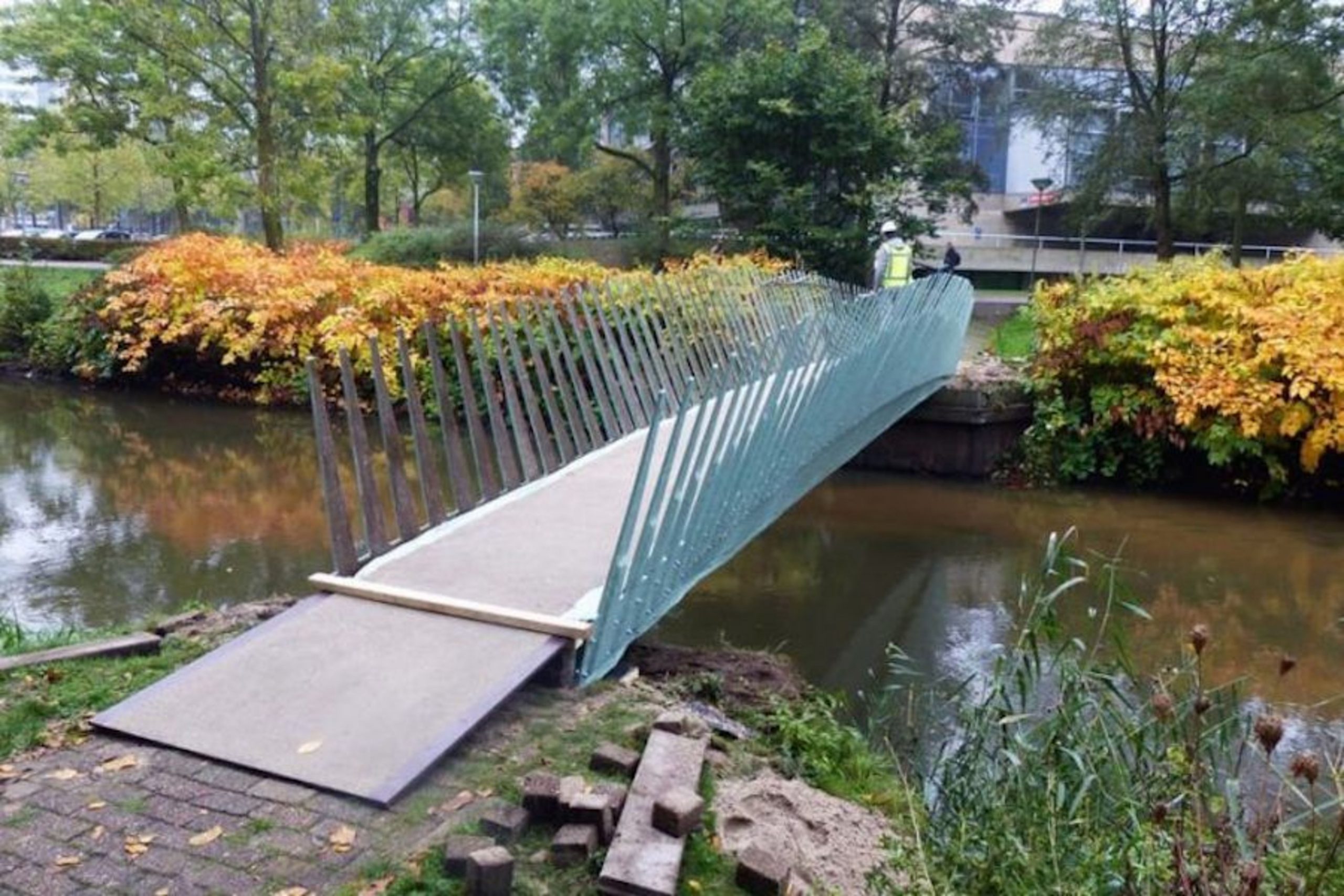 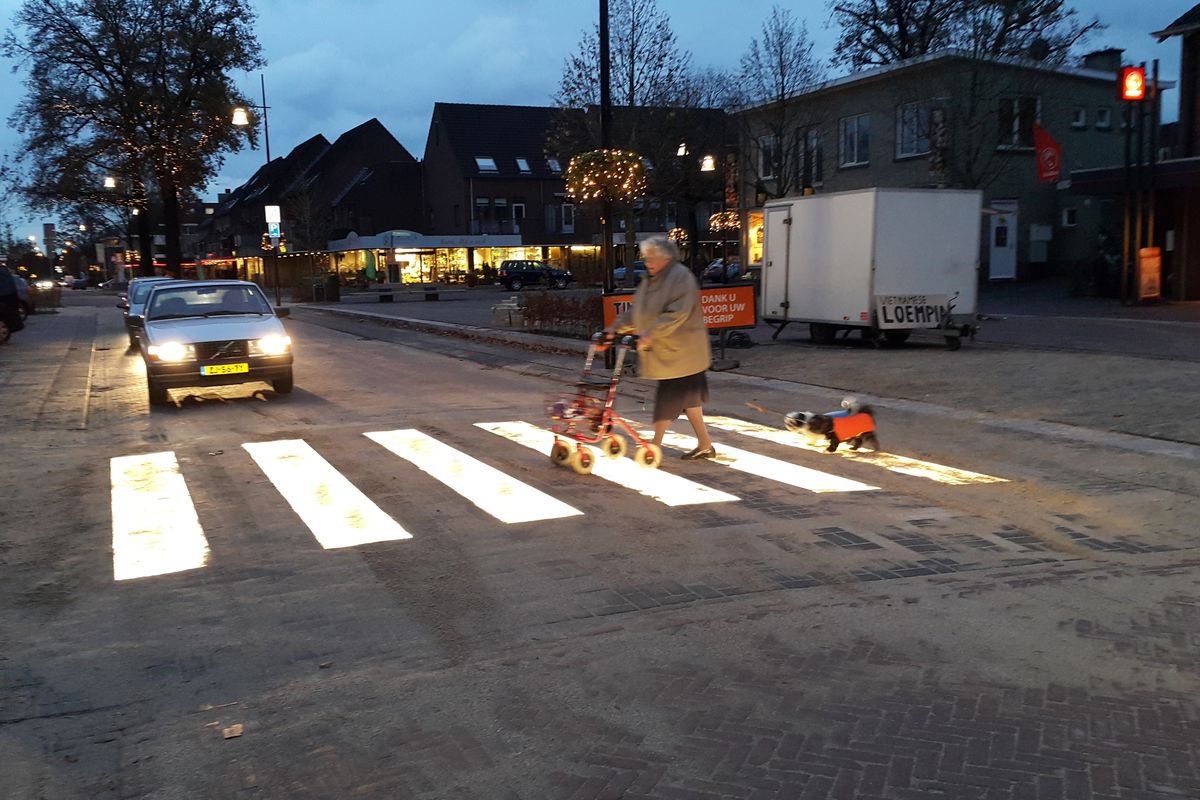 From Mondrian’s colorful, pared-down compositions to a bike- and weed-friendly culture, there’s a lot the Netherlands is known for. And recently, these cultural footings —as well as universal headaches like potholes and road safety—have inspired a number of innovative urban interventions around the country. We’ve gathered a handful below for inspiration—and pure amusement.

1. A bike traffic system that helps cyclists get all green lights

A new bike traffic light system from Dutch company Springlab wants to make every urban cyclist’s dream come true. Flo uses sensors to detect riders’ speeds about 120 meters (or 400 feet) before a street traffic light and then displays symbols indicating whether they need to speed up (a hare), maintain the pace (a thumbs up), or slow down (a turtle) to make the next light. One Flo kiosk has been deployed in Utrecht, and there are plans to roll out a couple of more in the coming months.

2. Emoji as an architectural ornament 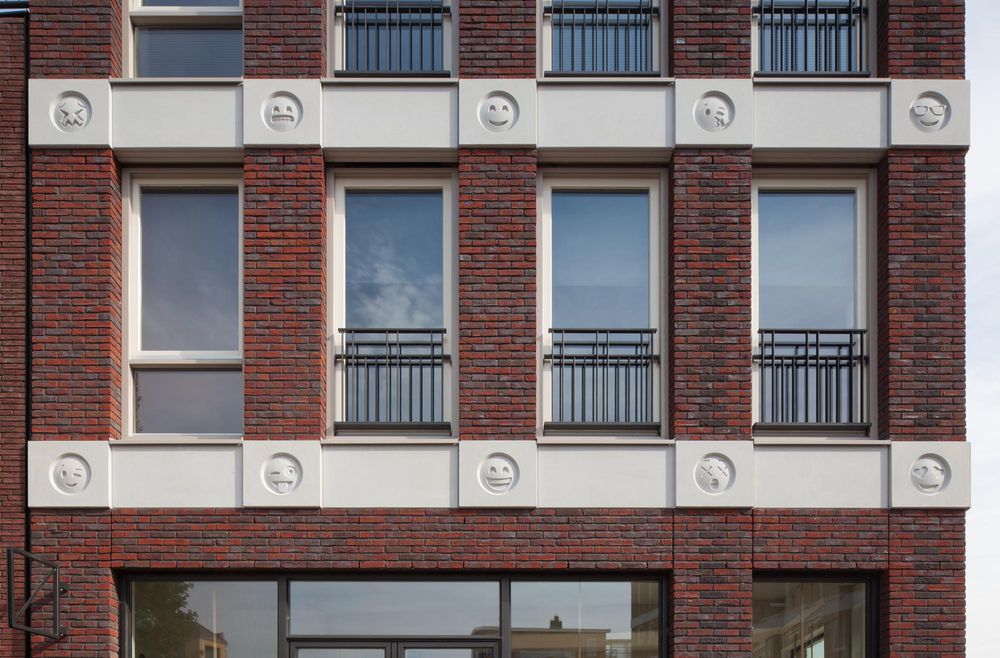 Goodbye gargoyles, hello smileys? Over in the Dutch city of Amersfoort, a brick mixed-use building now sports 22 emojis cast in white concrete on its facade. Love it or hate it, this is one architectural trick that perfectly encapsulates the current era.

3. “Self-healing” roads that fix their own potholes 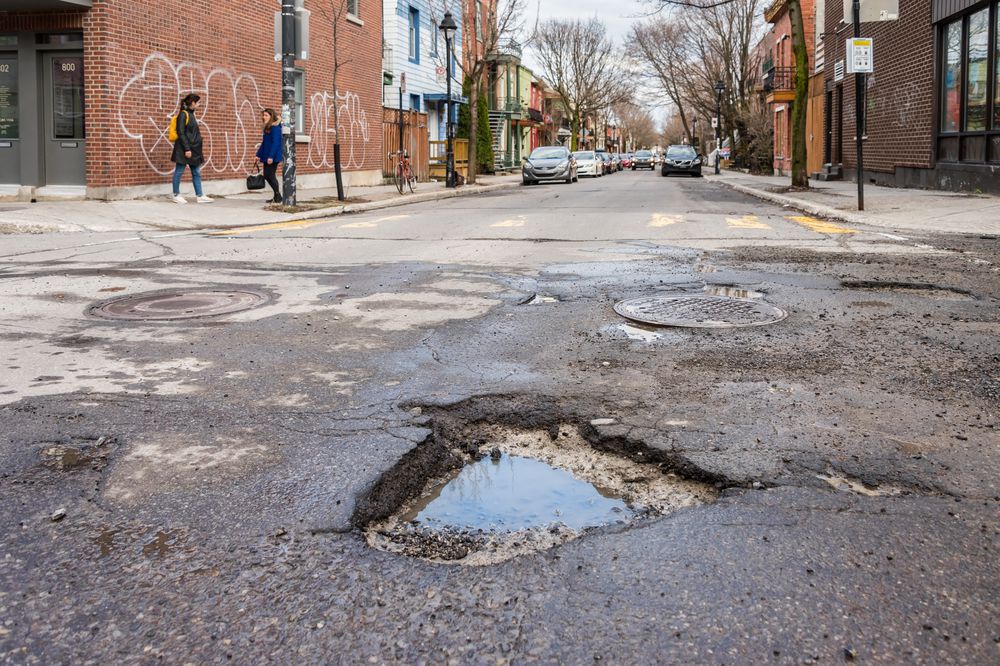 Modern cities are plagued by potholes. One Dutch materials scientist, Erik Schlangen at Delft University, thinks he may be able to defeat them. His team is currently developing “self-healing” asphalt—that is, asphalt embedded with tiny steel fibers so that when you run an electrical current over it with a huge magnet, the fibers heat up and fill in any small cracks that may be forming. According to his research, this type of asphalt would cost 25 percent more than traditional asphalt but last twice as long. It’s already being tested on a dozen different public roads around the country.

4. Building bridges out of cannabis hemp 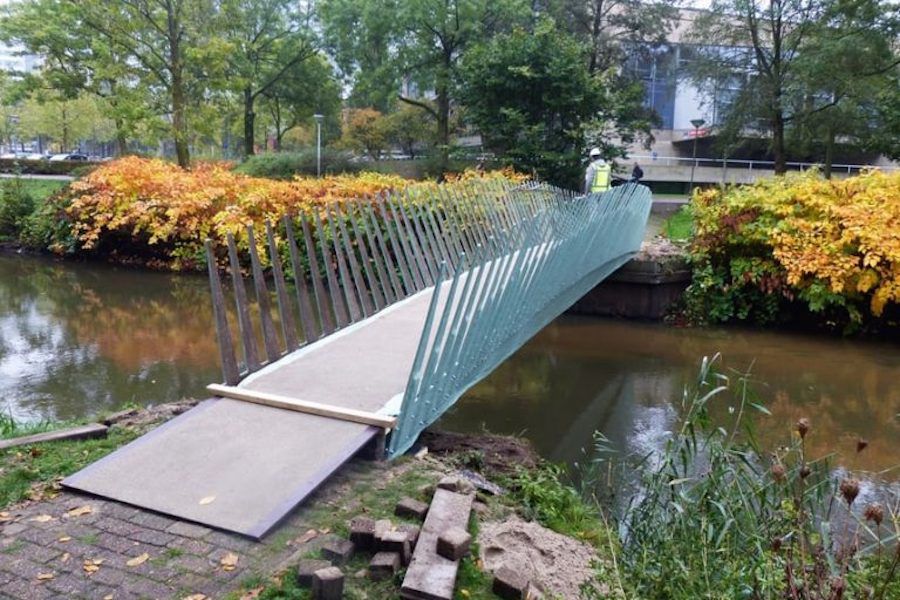 It’s not the prettiest bridge out there, but it’s probably the world’s first and only one made entirely from biocomposite materials, namely cannabis hemp. Designed and built by a team of researchers and students in Eindhoven, the structure is made of hemp and flax fibers embedded in resin and covering a bio-based polymer core. The team, which has put 28 sensors in the bridge, will monitor the structure over the next year, studying its bounce and structural integrity.

Dutch company Lighted Zebra Crossing has a simple, effective way to help drivers see pedestrians better. Their glowing crosswalks replace the typical light-reflecting paint with illuminated lightboxes. The system is directly connected to the city’s streetlight system or solar panels and can be embedded right in the asphalt or pavers.

6. Turning city hall into a giant piece of art

For the centennial of the Dutch art movement Di Stijl this year, the Hague commissioned artists Madje Vollaers and Pascal Zwart of Rotterdam-based Studio VZ to create a massive piece of artwork inspired by De Stijl’s most famous artist, Piet Mondrian, right on the facade of city hall. The 1995-built Richard Meier creation sure looks more ready to party with some color.

Confronted with the reality of smartphone-obsessed pedestrians, the Dutch town of Bodegraven recently began a pilot project testing thin, colored LED light strips positioned at the end of sidewalks. Depending on their glow—red or green—the lights should be visible even to pedestrians with their heads down.

Now, this is an idea that may never take off, but just entertain it for a second. According to Dutch scientist Henk Hesselink, who is working with the Netherlands Aerospace Centre, an “endless runway” with a 360-degree landing strip means planes can approach and takeoff from any direction without fighting against crosswinds. It would take up about a third of land typically reserved for airports and create more distributed flight paths (and more tolerable plane noise for residents in the area.)