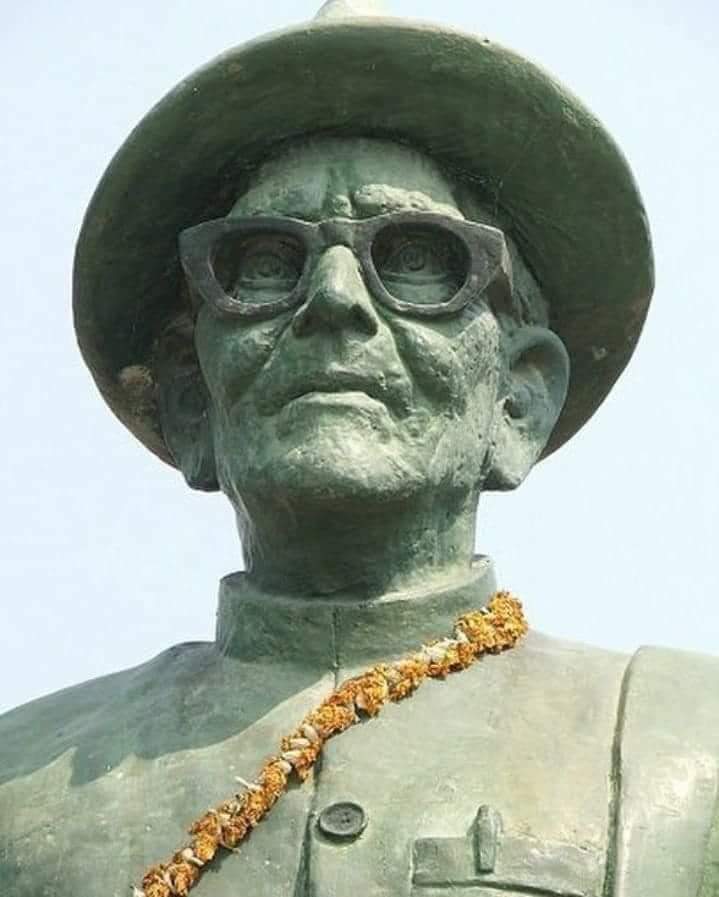 It was a tense afternoon of 23rd April 1930, when thousands of people had gathered in front of the Qissa Khawani Bazar Police Chowki in Peshawar, and the men of the Royal Garhwal Rifles took positions against the protesting crowd. Hundreds of people were looking on from their houses and rooftops.

The British Captain warned the non-violent demonstrators to disperse but it had no effect on them. Then, in a rush of anger, he shouted....

In response, an equally firm voice of platoon head Veer Chandra Gharwal was heard, refusing to fire upon unarmed people even if the Captain were to shoot them down..... and all the Garhwali soldiers lowered their rifles to the ground. It was a rare and extraordinary moment of couragous defiance by a local unit in the history of British colonial rule.

However, for this disobedience, he along with 59 soldiers were arrested and faced military court martial. They were sentenced to life imprisonment and all their properties were seized. After serving this term in several jails for 11 years, 3 months and 18 days, he was finally released in year 1941.

Veer Chandra Singh Garhwali was born on 25th December, 1889 in the district of Garhwal, Utterkhand, and died on 1st October, 1979 after a long illness.

For his humanity and courage, he deserves to be known, acknowledged and remembered by us.